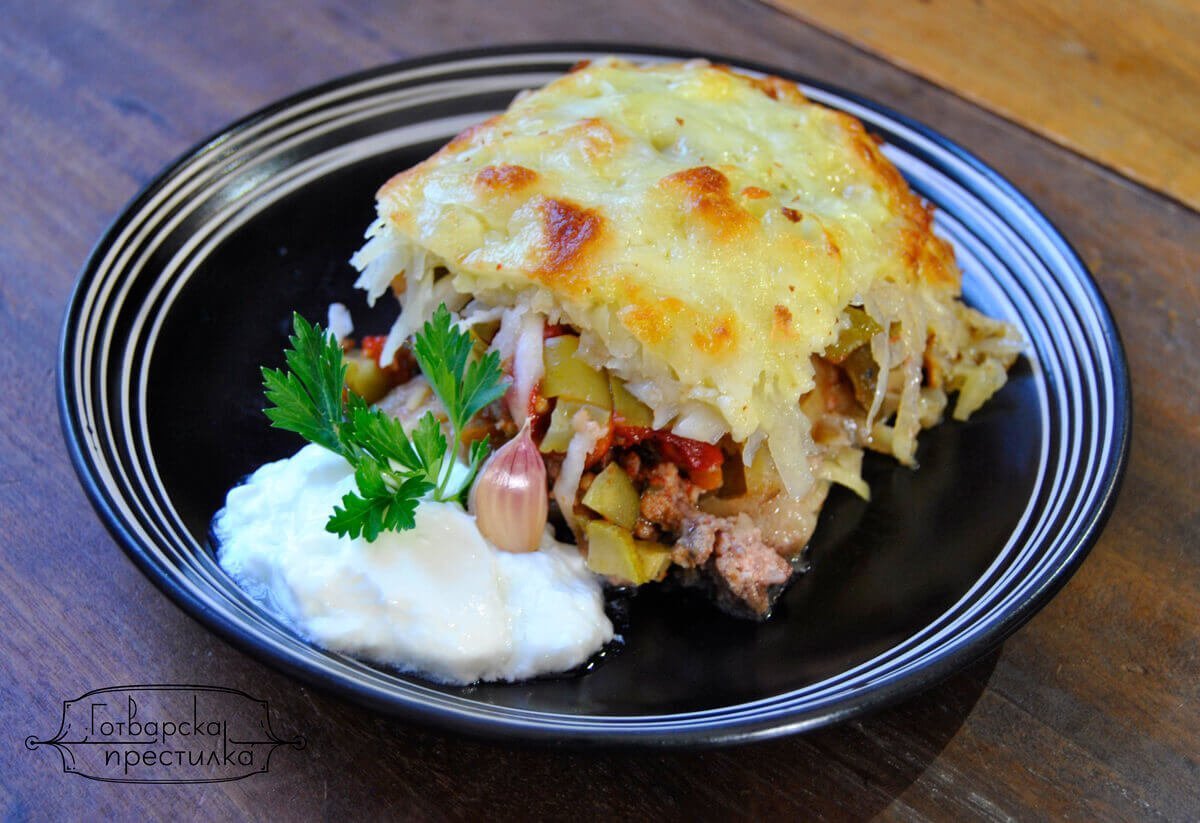 Years ago we went to the Trigrad area for about two weeks and, besides the incredible nature, we enjoyed
the infinitely delicious food the locals were preparing. I know the recipe for Rhodopean moussaka from
our landlady, a wonderful and lovely woman who was preparing a truly divine dishes. She told me that in
the different regions of the Rhodopes they cook the mousaka in a different way, and that she knows this
recipe from her grandmother and the secret in it is the region-specific sheep milk yellow cheese and the
breamy, Rhodopean thyme. Now when I think about how widespread the moussaka is, there are so many
recipes for it, even I shared one for Greek moussaka, I think this one worth it because of its more specific
way of preparation and its light texture. Try it. I’d be glad if you share with me your impressions or
recipes for moussaka.

WHAT DO WE NEED:

How to prepare Rhodopean moussaka:

1. Grate the potatoes at a wholesale grater and divide them into two parts;

2. Finely cut the carrot, the onion, the pickled cucumbers, and roasted peppers and put them into different plates;

3. In a deep baking pan, put some fat on the bottom and half of the potatoes. Sprinkle with the onions and
carrots and half of the cloves of garlic, chopped in big pieces.

6. While the dish is baking, grate with a wholesale grater the sheep milk yellow cheese. Take the dish out
from the oven and and place the yellow cheese on top as a final layer. Return into the oven for another 20
minutes;