Mexican cocoa chili con carne and the legend of it 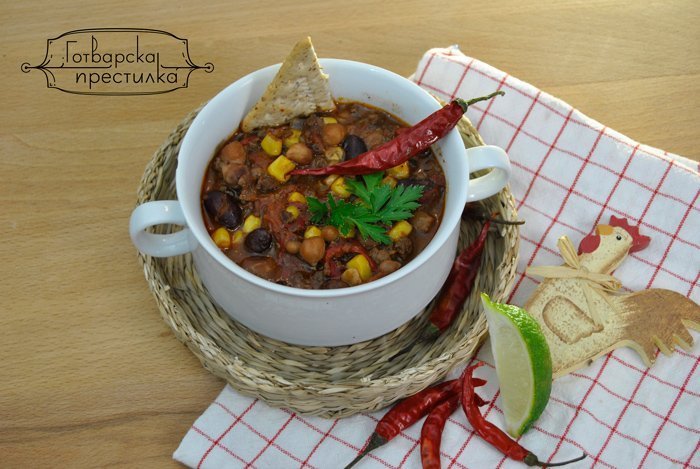 Yes, in the traditional Mexican chili cone recipe, there are cocoa, beef, chili peppers and, of course, beans (at least two types) – all the tastes typical of Mexico’s so rich cuisine, one of the few in the world to conquer the prestigious UNESCO status for intangible cultural heritage.

Chili con carne is also known as “the devil’s soup”, not only because of its fiery flavors. Looking for information about the roots of this recipe I found a very interesting legend related to it and the name of Sister María de Ágreda (the mystical Lady in Blue). Sister Maria never left her home country of Spain, yet professed to evangelize savages of the New World by presenting herself before them in hypnotic visions. History cannot explain why in 1629, 50 Jumano Indians walked out of the desert of unsettled West Texas to be baptized. They told stories of an ethereal blue-clad woman who had taught them of God. According to Indian legend, the Lady in Blue also taught them of a fiery red stew, which over the next century came to be known as chili con carne. Spanish priests took a more hostile view of this peculiarly potent brew, deeming it “soup of the devil” and preaching sermons against indulgence. Suppression only fueled the fire, and by the 19th century chili was a staple among cowboys, ruffians and adventurers on the Western frontier.

WHAT DO WE NEED:

2 peeled tomatoes (I used from a can)